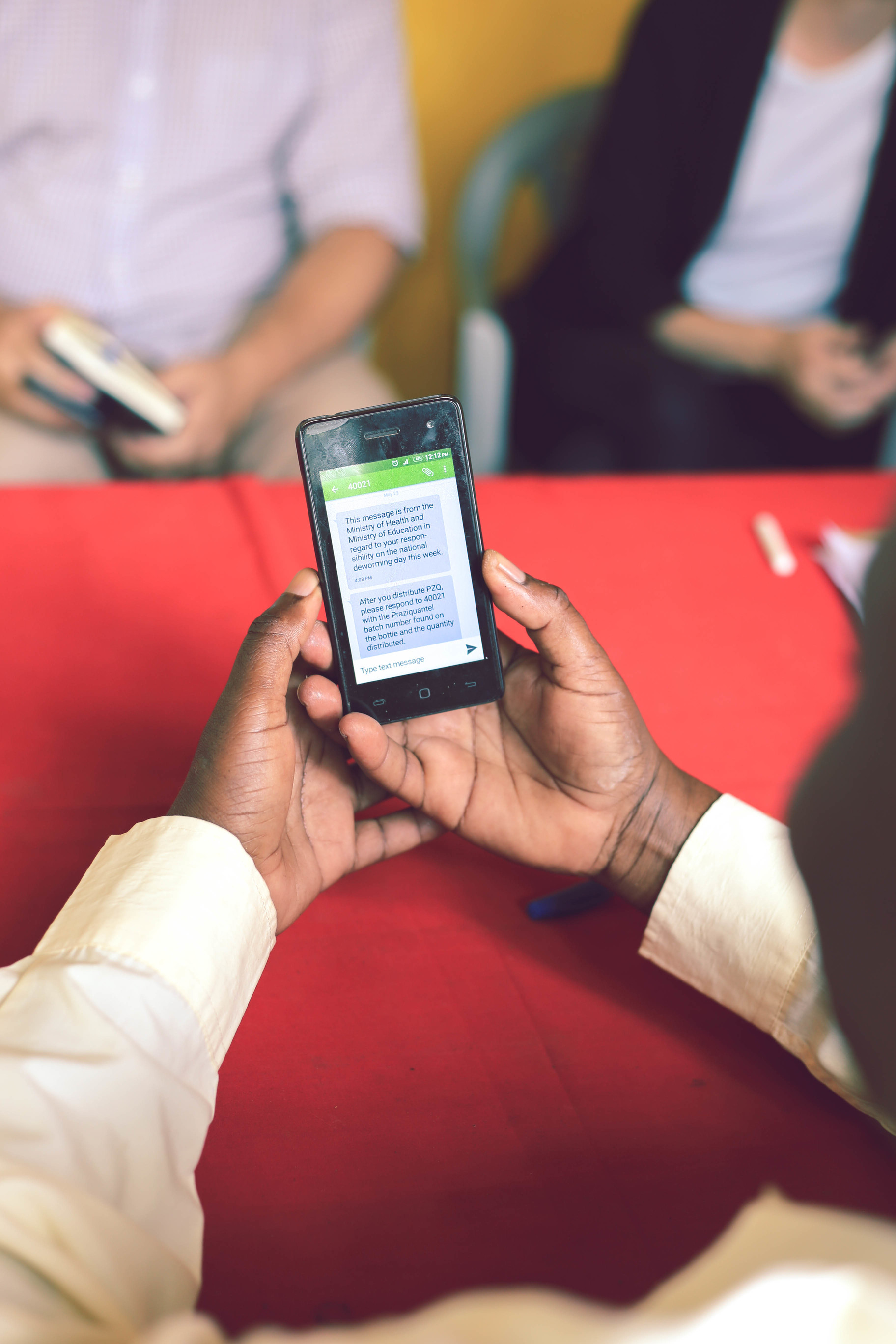 3 years ago, we embarked on a pretty crazy project with our good friends at Merck and the Kenyan Ministry of Health: use mobile technology to track the “last mile” of medicine distribution throughout a few thousand schools.

The challenges were clear:


Since this tool was built on the back of Secure Data Kit, our data collection and analytics platform, we initially thought of using smartphones. The typical SDK engagement involves a few dozen people in the field collecting data. So it’s easy to distribute Androids if all you have to do is buy a few dozen.

But if you had to buy….2,000? That’s not really feasible is it? I mean, our clients are generous but they’re not *that* generous.

So we settled on SMS and a “bring your own device” approach. It was 2016 and we could reasonably assume school teachers had a phone of some kind — feature phone or otherwise. And our assumptions were correct; using SMS (and a slightly novel approach towards eliciting feedback) we were able to get a 75% response rate!

Fast forward to now and it’s 2019 and we’re re-assessing our assumptions about what kinds of devices our user base in Kenya has. So we did a survey. We’ll be reproducing the survey in a few months but the results so far are promising. Here’s an interactive dashboard we built using our SDK:Analytics platform:


Out of 230 respondents, nearly 90+% have an Android “smart phone” of some kind. We were expecting the number to be closer to 60%.

Of those 230 respondents, the version of Android they’re using is somewhat stratified across the last 6 major versions. The oldest version, v4.1 or Jelly Bean, was released in 2012 and accounts for only 2% of the response rate. The highest was Marshmallow, or v6.0 which was released in 2015. It accounts for 16.5%. The most up to date version we saw was Oreo, or v8.0. It accounts for around 12% of responses. It's worth noting that this divergence in OS version is not unique to East Africa. If you look at global stats, a similar trend emerges. If you look at the continent of Africa as a whole, the numbers we see in our survey line up almost exactly to what you see here. This is one of the things that makes Android a challenging OS to work with; the variety of handsets and versions means you have to account for a lot of variability and volatility when building your software.

It’s worth noting that we only saw 1 iPhone response to this survey.

The other interesting thing we observed was browser versions. The dominant browsers were Chrome and Opera. The only trouble we saw with Opera was the wide variety of versions from some of the earliest versions of the browser to more recent, modern versions.

Now you might be saying to yourself “why does Secure Data Kit care?”. We’re fascinated by technology use in East Africa, especially considering the edge device that people use to interact with our platform is often a handheld device. Knowing what OS version, what browser, and what screen resolution allows us to pivot our software to be more responsive and useful.